Karen Taborn moved to Harlem, NY in the mid 1980s and has lived in the neighborhood for over 30 years. From 1991 to 1994, Karen served as the historical and cultural consultant for the Strivers Center Project, a landscape and cultural revitalization project in Central Harlem that culminated in the Harlem Walk of Fame on West 135th Street between Frederick Douglass and Adam Clayton Powell Boulevards (Seventh and Eighth Avenues). Ms. Taborn holds Master of Arts degrees in jazz from New York University (1988) and ethnomusicology from Hunter College (2006). Ms. Taborn has taught courses on Harlem history at The New School for Social Research (aka The New School University) and “The Arts in New York City” at The City University of New York (CUNY). See Karen’s interactive ethnographic project on the jazz community of Indianapolis, Indiana (2010) here https://jazzindianaavenue.wordpress.com/introduction/

Walking Harlem: The Cultural Capital of Black America traces the musical, literary, visual arts, dance and socio-political developments in Harlem from c. 1919 to the present with a focus on the 1920s-1930s Harlem Renaissance. The book draws from numerous sources including historical and out of print texts, newspapers, record liner notes and film to focus on the cultural, arts and political developments of African Americans in Harlem and it links this information to five self-guided walking tours. The author’s background as an ethnomusicologist is evident in a focus on music venues that have often been overlooked in previous researches.

Tours are based on proximity of sites to one another along each tour routes however key themes may be identified in each tour. Tour One includes The Schomburg Research Center, Strivers Row, key literati locales, Abyssinian Baptist and Mother AME Episcopal Churches, the (original) Cotton Club and the Savoy Ballroom. Tour Two also begins at The Schomburg Center and features community art murals funded by the Work Progress Administration, and small & large music entertainment venues and speakeasies. Tour Three includes 125th Street, The Mount Morris District, The Apollo Theater, Minton’s Playhouse jazz club, the former homes of Langston Hughes and Maya Angelou and the original site for Temple #7 (Malcolm X’s religious and spiritual home from the mid-1950s to the mid-1960s). Tour Four covers the City College of NY and the (Alexander) Hamilton Heights district. Tour Five covers the neighborhood of Sugar Hill apartment buildings and nightclubs and pre-Harlem Renaissance sites (Morris-Jumel Mansion and Jumel Terrace). The tour ends at The Malcolm X/Betty Shabazz Center (the former Audubon Ballroom) in Washington Heights. The estimated times per tour are included at the beginning of the “Tour/Map Listings” and recommended restaurants and eateries are included in each tour for walkers to stop and take a break along the tour routes if desired.

This tour guidebook and its accompanying maps provide a concise history with background on the most significant developments of the Renaissance era and beyond with the places and people associated with them. Those interested in reading a more in depth background on social developments or important Harlem personalities can refer to Text Boxes at the end of the book enabling you to greater familiarize yourself with the social-political-cultural history of Harlem.

In addition to reading and following the tours in this book, I encourage you to expand upon your knowledge and appreciation of Harlem’s vast and rich culture on your own by revisiting sites that remain in operation today and those that have sprung up since the Renaissance era but reflect back upon Harlem’s rich past as well as celebrate its present and future. 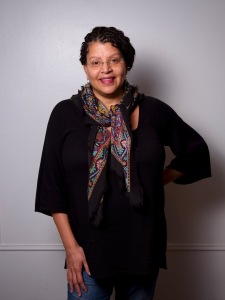